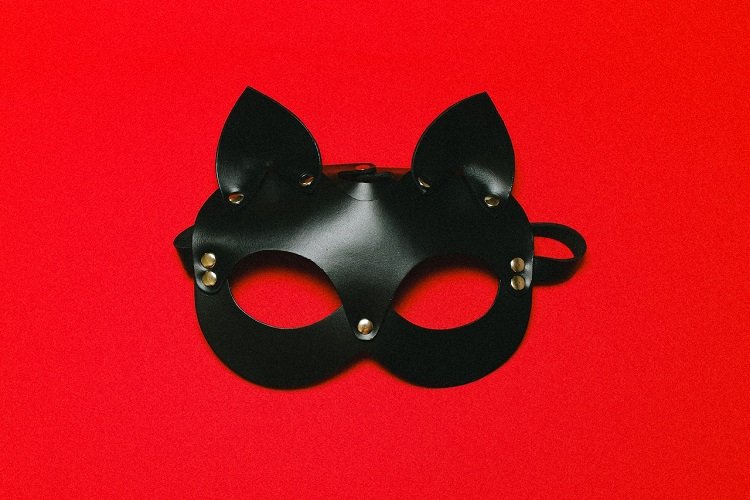 Asexual: A person who does not experience sexual attraction. Unlike celibacy, which people choose, asexuality is an intrinsic part of who we are. There is considerable diversity among the asexual community; each asexual person experiences things like relationships, attraction, and arousal somewhat differently. Asexuality does not make our lives any worse or any better, we just face a different set of challenges than most sexual people. Asexuality is distinct from celibacy or sexual abstinence, which are behaviors, while asexuality is generally considered to be a sexual orientation. Some asexuals do participate in some forms of sex, for a variety of reasons.

Androgyny: Dressing and presenting oneself in such a way that it is hard to determine one’s sex from their appearance.

Babyboy: A male who identifies as or role plays as a young boy. Occasionally used as a nick name for a male submissive.

Babygirl: A female who identifies as or role plays as a young girl. Sometimes used as a nick name for a female submissive.

Bisexual: A person sexually responsive to both sexes.

Bottom: In a scene, the person who gives up control, or who receives physical sensation from a top. (See Top)

Boy: 1. A submissive male. 2. A male who identifies as or plays the role of a young boy. (See also: Babyboy, Age Play, Boi.) 3. An individual in the leather community who is being (or wishes to be) mentored and who attends to a Dominant.

Brother: 1. A very close male friend. 2. A male under the control of the same Dominant.

Butch: An overtly masculine dressing/acting lesbian (as opposed to a femme). Sometimes used to describe a gay man. This does not necessarily define the person’s role in a sexual or D/s relationship.

Crossdresser/Transvestite: A person who dresses and acts in a style or manner traditionally associated with the opposite sex. (Note: This has nothing to do with their sexual identity.)

Daddy: Someone who takes on a father role in a relationship; often, but not always, a Dominant.

Demisexual: a person who does not experience sexual attraction unless they form a strong emotional connection with someone. It’s more commonly seen in but by no means confined to romantic relationships. The term demisexual comes from the orientation being “halfway between” sexual and asexual. Nevertheless, this term does not mean that demisexuals have an incomplete or half-sexuality, nor does it mean that sexual attraction without emotional connection is required for a complete sexuality. In general, demisexuals are not sexually attracted to anyone of any gender; however, when a demisexual is emotionally connected to someone else (whether the feelings are romantic love or deep friendship), the demisexual experiences sexual attraction and desire, but only towards the specific partner or partners.

Dominant or Dom: Person who exercises control in a D/s relationship. Can be used for either male or female Doms. (See Domina or Domme below. Also seeMaster, Mistress. Contrast with Top, which usually refers to the person who exercises control in a scene, and who may or may not be a Dominant “full time”, or may not be the Dominant of the person being controlled in the scene.

Femme or FEM A male or female exhibiting stereotypical or exaggerated feminine traits. Used especially of lesbians and gay men. This does not necessarily define the person’s role in a sexual or D/s relationship.

fetishist: One who gains sexual excitement through a fetish. In extreme cases, one may be unable to attain sexual gratification without the presence of the fetish object (or at least fantasizing about it).

Gay: A person who is sexually responsive to the same gender. (See also: Homosexual.)

Gender Fluid: Is a gender identity best described as a dynamic mix of male and female. A person who is Gender Fluid may always feel like a mix of the two traditional genders, but may feel more male some days, and more female other days. Being Gender Fluid has nothing to do with which set of genitalia one has, nor their sexual orientation.

Genderqueer: Is most commonly used to describe people who feel that their gender identities do not fit into the socially constructed “norms” associated with his/her biological sex. Genderqueer is an identity that can be both male and female, or neither.

Girl: 1. A female submissive. 2. A female who identifies as or plays the role of a young girl (See also: Babygirl, Age Play.)

Hetroflexible: A person who identifies themselves as primarily heterosexual but can occasionally find the same sex appealing.

Homoflexible:A person who identifies themselves as primarily homosexual but can occasionally find the opposite sex appealing.

Intersex: A congenital anomaly of the reproductive and sexual system. Intersex people are born with external genitalia, internal reproductive organs, and/or endocrine system that are different from most other people. There is no single “intersex body;” it encompasses a wide variety of conditions that do not have anything in common except that they are deemed “abnormal” by society. What makes intersex people similar is their experiences of medicalization, not biology. Intersex is not an identity. While some intersex people do reclaim it as part of their identity, it is not a freely chosen category of gender–it can only be reclaimed. Most intersex people identify as men or women, just like everybody else.

kajira: (1) Gorean term for slave girl. Plural: kajirae. (2) circa early 2010s, occasionally used in the non-Gorean community because “it’s a pretty way to say ‘slave’ (…), and because kajira does mean an owned-property slave, as opposed to “kinky lifestyle” slave.”

kinkster: 1. A person characterized by “unusual” or fetishistic sexual preferences or behavior. 2. A member of FetLife.

Masochist: A person who enjoys receiving pain or humiliation. May or may not be sexual enjoyment.

Mentor: A trusted adviser or counselor to someone who has already gained basic knowledge and experience. A mentor is a person who has considerable knowledge and experience and usually, in the eyes of the mentee, substantial wisdom. It is widely agreed that a mentor should be on the “same side of the slash” (Dom/Dom or sub/sub). Most people also feel that a mentor does not approach people with offers to mentor them. A mentor does not train, teach or play with the person they are mentoring. A mentor provides advice and suggestions and, for the most part, encourages and recommends resources for their mentee to use in a process of self-learning. This title/role is subject to much abuse on FetLife, by (mostly) dominant males who approach (mostly) female submissives with offers to mentor them as a way of seeking a D/s relationship, or simply sex, with them. Many of those who work to assist new people with safe entry into BDSM warn newbies against all who offer to mentor them because of the prevalence of ulterior motives among those who make such offers.

Mistress: Female owner of a submissive or slave. 2. A woman highly skilled in something (rarer than the term master.)

Mommy: Someone who takes on a mother role in a relationship; often, but not always, a Dominant.

Owner: One who has possession of another, usually a slave or property.

Pansexual: One who is sexually attracted to others based upon factors that do not include their biological sex, gender identity or gender expression.

Pet: 1. A bottom who enjoys animal play. 2. A common term of affection not having anything to do with pet play. 3. A pampered submissive treated as a human type of pet.

ponyboy, ponygirl (see pet play): A submissive dressed in a harness, often very decorative, usually with a bit gag and a butt plug** with a tail. Often they will pull their Dominants in a cart. Meetings and competitions are held for fanciers of this play.

Primal (1) One who takes the position of not being traditional and wants to start evolving in an alternative lifestyle with no preset rules , traditions or protocols. One who wants to start at the beginning and sets things up to his or her liking. Self defining. (2) Basest, primary animal instinct. (3) Slang used for bringing out the basest animal instinct that people feel.

Princess by day, slut by night: A person (woman implied, but no alternate for a man) who is vanilla or a pampered lady by day or in public, but becomes a slut with a partner or at parties.

Property: One who is owned by another.

Queer: Pertains to LGBT (gay, lesbian, bisexual, transgender, intersex or any non-heterosexual) person. Historically (and currently) used as as offensive slang for a homosexual person. In modern times some in the LGBT Community have started using the term a a positive umbrella term.

Sadist: A person who enjoys inflicting pain or humiliation on another. The person may gain sexual or non-sexual gratification from this.

Sadomasochist: A person who enjoys both inflicting and receiving pain or humiliation.

Sister: 1. A very close female friend. 2. A female under the control of the same dominant.

slave: A person who consensually gives total control to their Master/Mistress/Owner; often giving up much or all of their rights to limits, safewords, or negotiation. Typically a TPE relationship.

Stone. As in “stone butch” or “stone femme” or “stone Top” A person who tops partners sexually (and sometimes emotionally), but are averse to sexual contact with your genitalia. Historically the term was used as “Stone Butch” meaning Butch Lesbian or Transman who did not allow their body to be touched (or even seen naked). It has been commented that the site Butch-Femme.com was first influx of seeing public references to “stone femme” and today on FetLife we can see people of several orientations and genders who identify as “stone”.

Straight: A person sexually responsive to the opposite sex. (See also: Heterosexual.)

Submissive: Person that consensually gives up control either for a specified period, or all the time but with limits.

Switch: A person who may feel Dominant/sadistic or submissive/masochistic dependent on the person or their mood. They may play as Top or bottom and may not feel either Dominant or submissive. Usually in different scenes, they enjoy various roles on both sides of the slash.

Top: The person in control during a scene or in play, but may or may not be a Dominant.

Toy: One who is treated and used, not like a person but like a toy, sex toy, play toy, dog toy, fuck toy.

Trans – Female to Male: A person who was born with female genitals, but identifies as male.

Trans – Male to Female: A person who was born with male genitals, but identifies as female.

Transgender: An umbrella term which incorporates Cross-dressers, Transvestites, Transsexuals, Drag kings or queens of any operation status or gender.

Transsexual: A person who has physically / hormonally changed their gender. 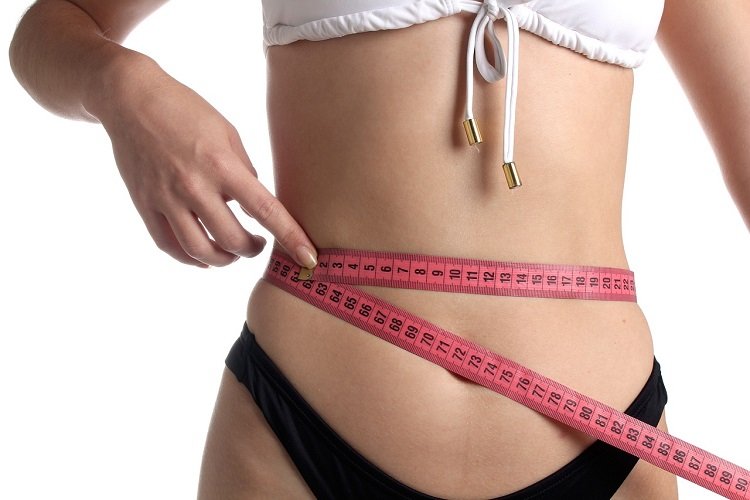 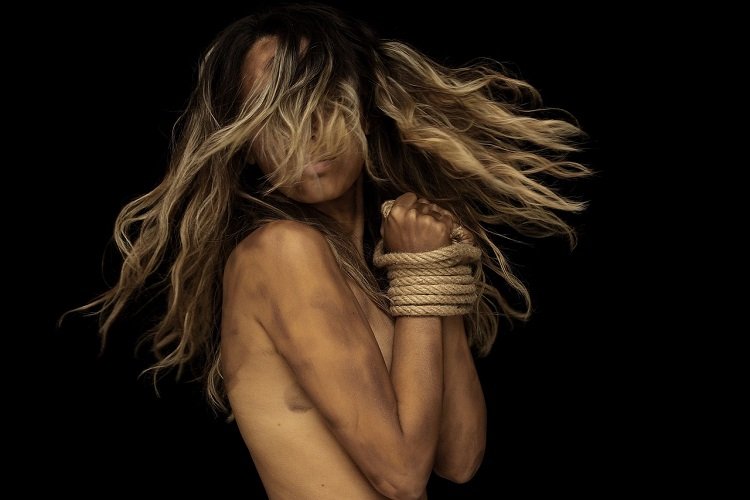